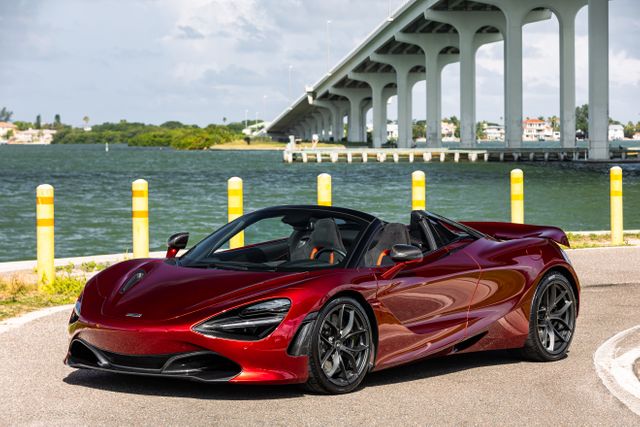 Our Price Call for Price

*This calculator is for informational use only and is based on the information you provide. Actual loan amounts and payments will vary based on additional items such as taxes and fees as well as the actual interest rate available to you from a financial institution.

The entire front of this vehicle is protected with paint protection film and the entire exterior has been ceramic coated.

This 720S Spider was tastefully configured by the original owner, with the help of McLaren Tampa.

In addition to the standard factory equipment, this 720S Spider has the following options:

This beautiful 720S Performance Spider is ready to be enjoyed by its next owner. Let's get you behind the wheel!

Call us today schedule an appointment or for a virtual walk around video. We can assist you in securing enclosed transportation of your new car, nationwide! (407) 777-1311